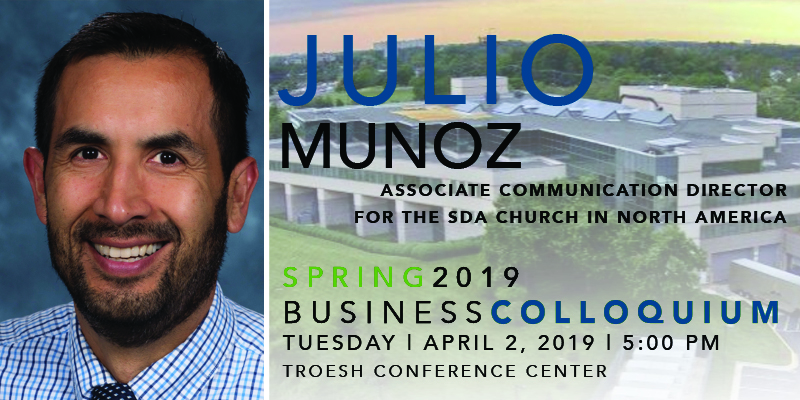 Before joining the NAD in 2014, Julio served as Manager for Client Care at Adventist Risk Management (ARM), headquartered in Silver Spring, Maryland. Prior to joining ARM as a Marketing Analyst in January of 2012, Muñoz worked with the Adventist Development and Relief Agency (ADRA) International for more than 11 years, most recently as Bureau Chief for Marketing and Development.

From 2003-2004 and 2011-2016, Julio was also one of the anchors for the Adventist New Network weekly online broadcast of the Adventist World Church.